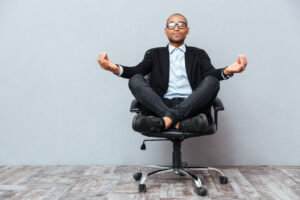 As the pandemic continues, many people are having a harder time making small daily decisions such as what to wear or what to have for lunch. According to a recent survey by the Harris Poll, nearly a third of adults were still so stressed by the pandemic that small decisions were difficult. Millennials and parents with children under 18 are having the hardest time with decisions. The combination of safety precautions, work and school disruptions, and the loss of loved ones due to COVID-19 have rippled across America, impacting nearly everyone in some way.

Finally, after months of waiting, the IRS updated the Child Tax Credit Payment portal to allow families to update their income. The portal opened for the first time on Monday, November 1, and families had until midnight on that same day to update income amounts in time to change their November payments. Families whose income has changed substantially in 2021 compared to 2020 have until November 29 to update their information for the December payments. These payments are an advance of half of the total Child Tax 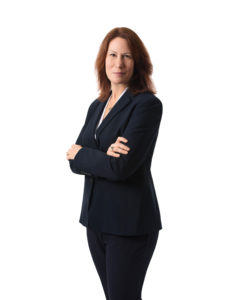 Credit to be claimed on 2021 tax returns, and any differences between what families should have been receiving and what they actually received will be made with the remaining payments for 2021, or when the tax return is filed.

As a reminder, if you want to opt out of future payments, you must opt out by the deadline for the next month’s payment. Check out the IRS FAQs where you’ll find everything you need to know about opting out in Section J.

President Biden and Democrats reached an agreement on a scaled-back version of his domestic policy package. Included in the proposal – which has not yet been passed – are the following tax provisions:

Final votes on the package will not be for some time as a tightly-divided Congress continues to negotiate.

The pandemic increased the number of workers choosing to work remotely in a different state than their employers. However, with a patchwork of varying state income tax laws, that may mean that some may pay state income tax on the same income to two or more states. In general, workers pay income tax to the state they reside in, which can be a boon for workers who move from a high-tax state where their employer is located to a state with low or no income tax. However, some states have rules that require that any out-of-state moves be for the convenience of the employer. In these states, which include Arkansas, Connecticut, Delaware, Massachusetts, Nebraska, New York, and Pennsylvania, wages may be taxable both in the state of residence and the state where the employer is located. Some states offer tax credits, but those do not always fully cover the additional taxes paid. Workers should educate themselves about the tax laws in the states they live and work in and ensure that employers are correctly withholding state income taxes. 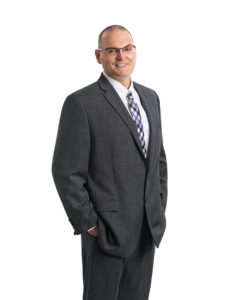 Are we thinking about the Great Resignation all wrong? Despite media portrayals, the actual number of workers quitting their jobs is less than 3%, while a larger, headline-grabbing percentage are considering quitting. Workers tend to resign in larger numbers when the economy is strong, and the 2019 levels of resignation before the pandemic were already at record highs, so the current levels may be just a small increase above what would have happened anyways. In the post-pandemic era, two broad groups are quitting their jobs in high numbers: professionals seeking better jobs, and others who are exiting a toxic and unhealthy work situation. None of the problems prompting resignations will go away on their own without large scale changes for the future of work.

The pandemic pushed about 1.5 million Baby Boomers to retire sooner than they expected. While many younger workers who left their jobs during the pandemic have returned to work, older workers have not returned in the same numbers. The change is most apparent among those aged 62 and older and in the lowest third of weekly earnings: before the pandemic, 28% in this group were not working, while 38% are currently not working. People with lower incomes tend to have less in retirement savings and are at risk of more financial problems if they retire too soon.

Shifting from in-person to remote and hybrid options requires more than setting policies, as Cal Newport explains in The New Yorker, as he details how a hybrid work environment at Best Buy developed in the 2000s, then languished after its chief advocates left the organization. The pandemic experiment with remote work produced mixed results: managers are skeptical that remote workers can remain motivated over the long term, while employees appreciate the autonomy and higher quality of life when they aren’t tethered to an office desk on a fixed schedule. Workplaces that want to be successful in remote or hybrid work schedules may do well to study the examples of companies that have been already worked out the kinks.

After 18 months away from the office, returning may cause stress in some workers. Adding to that stress is uncertainty about return dates, vaccine and mask policies. A few tips from therapists may make the transition easier. For example, workers should ask employers as many questions as possible and plan their days out in advance. If possible, a visit to the office before the planned start date can allay some uncertainty, particularly if desks or other work facilities have been moved. Focusing on the positive aspects of a return to the office can also help.

Orders for durable goods – big ticket items expected to last more than three years – fell by 0.4% during September but are still up 23.4% compared to a year ago. Consumer demand is high, but rising prices, labor shortages, and continuing supply chain challenges are posing challenges for manufacturers.

Supermarkets are facing persistent shortages in a variety of products, including Nutella spread, Pringles chips, and Prego pasta sauces. Manufacturers face increasing demand for their products, but their production capacity is limited by shortages in raw materials and labor. In response, food retailers are trying different strategies to keep their shelves stocked. Some are sending their own trucks to manufacturing plants, while others are carrying fewer flavors, sizes, or brands. Some are placing orders three months in advance, compared to one week ahead prior to the pandemic.

Wages increased by 4.2% in the third quarter, the fastest increase since 1990, in response to labor shortages. While prices have also been increasing, most economists do not believe this is a harbinger of persistent high inflation, largely because rising wages have pushed prices higher in only a few sectors, including leisure and hospitality. The largest wage increases have been among the lowest-wage restaurant workers, and because labor is a significant expense for restaurants, that has led to increased prices for dining out.