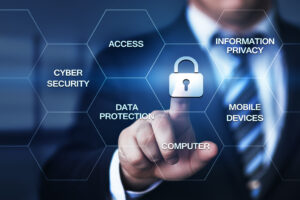 COVID-19 relief programs have helped keep millions of Americans afloat during the pandemic but have also been a spectacular bonanza for an array of international scam artists, including Russian mobsters, Chinese hackers, and Nigerian scammers. An estimated $87 million to $400 billion in unemployment benefits may have been lost to fraud; at least half of that is thought to have been stolen by foreign criminals. Many took advantage of weak systems of unemployment verification in many states, which were further loosened to get financial support out quickly. Besides looting millions – or billions – of federal funds, identity thieves prevent innocent people from receiving the support they’re entitled to. While the vast majority of the stolen cash is gone for good, the FBI has so far recovered $100 million, while the Secret Service has clawed back $1.3 billion.

Last week, the SBA announced that the SVOG program will be closing to new applications at 11:59 pm PT on Friday, August 20, 2021. This program provides grants for live venue operators, promoters, arts organizations, and other businesses that were closed due to the COVID-19 pandemic. Grants equal to 45% of gross earned revenue, up to a maximum of $10 million are still available. So far, this program has awarded $8.4 billion in grants, and has received applications requesting a total of $12.3 billion, nearly $4 billion less than the total of $16.25 billion allocated by Congress. Later this month, the SBA will be opening for supplemental awards of 50% the original award amount. Certain applicants, who were initially rejected, are also being invited to apply for a reconsideration of their awards.

As a reminder, if you want to opt out of future payments, you must use the IRS portal for the advance Child Tax Credit by the deadline for the next month’s payment. Check out the IRS FAQs where you’ll find everything you need to know about opting out in Section J.

At present, the portal only allows taxpayers to verify enrollment status, update banking information and to unenroll from payments. For more information, taxpayers should consult the IRS webpage for this credit.

Being tech savvy isn’t enough to protect against fraud: a recent study shows that the number of individuals under the age of 20 who report being victims of cyber fraud has risen by 156% over the last three years. In contrast, fraud among the less tech-savvy generation over 60 has risen by only 112% over the same time frame. In 2020, 23,200 reports from under-21 age group were made to the FBI’s Internet Complaint Center were made, with losses of $71 million. Common scams include job scams, where applicants are told to purchase training, and online influencer scams, where contest winners are told to pay a fee or provide banking information to receive their prize. The best way to avoid any kind of scam is to thoroughly investigate the person or company before sending any financial information and to be wary of offers that seem too good to be true.

Tech companies may be delaying a return to the office in the face of the Delta variant, but according to recent surveys of American employees, more than half of respondents are already back in the office. According to the most recent survey, only 8 percent of employers had adopted a permanent work from home policy, and 19 percent were still planning on bringing everyone back in September. However, policies vary by education level: as education level increases, fewer report working in person. But even among the most highly educated, most employees project returning to in-person work in August or September.

Workplaces that offer employees the option to work from home or in person may be setting themselves up for two tiers of workers: those who are remote and those who come to the office. Managing two different groups of workers on a go-forward basis is challenging, so those who come to the office and who are more visible may receive more attention, better opportunities, and more promotions. Awareness of this tendency may help to ensure all workers are treated in an equitable manner.

Developing a successful hybrid model will also require accommodating the differing needs of differing demographics. For example, because women tend to take on more of the childcare and household responsibilities, working from home may be more appealing to women. Younger workers may need more help setting up a home office and connecting with mentors.

Workplaces are being forced to be creative in the bonuses and perks they offer to entice new employees. More restaurants are offering 401(k)s to their workers than before the pandemic, while even big companies such as Walmart, Target, and Facebook are offering tuition reimbursement or child-care benefits. Wages and signing bonuses are also common, especially in food services and retail.

Inflation appears to be moderating, as the consumer price index rose less in July than in June, but it does not appear that we will return to the low inflation of the pre-pandemic days. Used car prices, which were a big driver of inflation recently, are beginning to moderate, but prices of other services such as lodging are increasing as people begin traveling again.

Meanwhile, job openings in June shot to a record high of 10.1 million as hiring also increased to near-record levels. However, the level of people voluntarily leaving their jobs (the quits rate) also increased in June to 3.9 million people, well above pre-pandemic levels. The quits rate is seen as a barometer of job market confidence. However, worries remain that a resurgence in infections could discourage unemployed people from returning to work.

Only a fraction – $3 billion – of the total $46.6 billion allocated for rental assistance has been distributed by the end of June. Although the program is overseen by the Treasury, implementation has been the responsibility of an uneven patchwork of state, county, and municipal governments plus charitable organizations. Local organizations have had to build programs from scratch and have had to hire additional staff to process applications. Some regions have adopted recent guidance which makes it easier for tenants to demonstrate financial need, while others require voluminous documentation.

Our Pinckney office was affected by the fire that occurred in the Carpet Depot building on the morning of July, 31st. As a result, we had to find another location for our office. 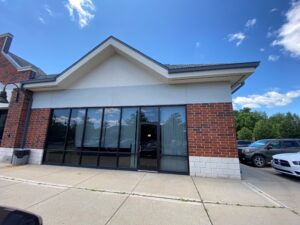 We are pleased to announce that we will be moving to 9540 Chilson Commons Circle! This location is in the same shopping center as Kroger, and can be found directly behind the Kroger gas station. One benefit of this new location is that we will be more accessible with a ground-floor office. We listened to feedback from a number of clients who did not like the stairs at the previous location, so we kept being on the ground floor at the top of our list of criteria for a new office location.

Multiple projects are underway currently to help get the doors open at the new location, ASAP. We do not yet have an official opening date, but we will update you as soon as we have that detail available to share.

In the interim, our Ann Arbor office remains open, and we are fully capable of continuing to serve your needs. As always, we are very grateful for your business!